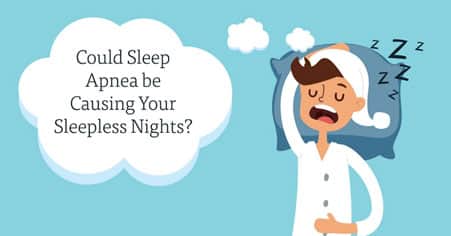 There are few things in life more refreshing than a good night’s sleep. Do you toss and turn throughout the night? Is your snoring keeping your significant other awake? Are you struggling to fight through your fatigue during the day? If you answered yes to any of these questions, you may be one of the estimated 18 million people living with sleep apnea. Though it is one of the most common chronic sleep disorders, the overwhelming majority of sleep apnea cases have not yet been identified. Beyond excessive sleepiness, undiagnosed and untreated sleep apnea can lead to a number of hidden costs that affect both your health and well-being. Our vision is simple: to give the gift of restored sleep to each of our at-risk patients. The ability to change lives in such a small but dramatic way is an incredible opportunity and it is one that we take personally.

What is Sleep Apnea?

Sleep apnea is a sleep disorder that occurs when a person involuntarily develops a pattern of stopping and starting to breathe throughout the night. There are three types of sleep apnea: obstructive (when the soft tissues in the back of the throat relax and block the airway), central (when the brain fails to signal muscles to control breathing) and mixed (a combination of obstructive and central sleep apnea). 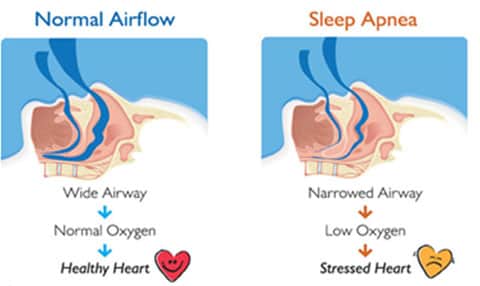 Of the three, obstructive sleep apnea is the most common and serious, causing untreated patients to have interrupted or shallow breathing that lasts between 10 to 20 seconds up to hundreds of times per night! Because symptoms occur during the night, when a person is asleep, most people are unaware of their symptoms. How severe one’s sleep apnea is can be determined by the number of apnea events (pauses in breathing):

Have you noticed any of the following sleep apnea symptoms in you or your partner’s sleep? 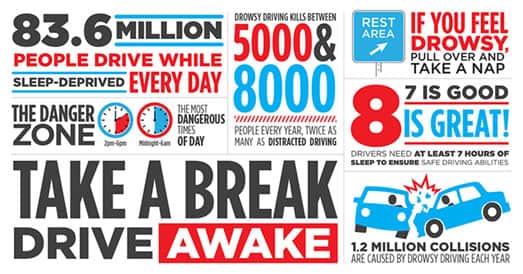 According to the National Sleep Foundation, 60% of adult drivers – about 168 million people – say they have driven a vehicle while feeling drowsy in the past year, and more than one-third, 103 million people, have actually fallen asleep at the wheel! In fact, of those who have nodded off, 13% say they have done so at least once a month. Approximately 11 million drivers admit they have had an accident or near accident because they dozed off or were too tired to drive. The National Highway Traffic Safety Administration conservatively estimates that 100,000 police-reported crashes are the direct result of driver fatigue each year. This results in an estimated 1,550 deaths, 71,000 injuries, and $12.5 billion in monetary losses. These figures may be the tip of the iceberg since currently, it is difficult to attribute crashes to sleepiness.

Because sleep apnea occurs while patients are sleeping, it is very difficult to be self-aware of the condition while it is happening. Thus, the early identification of sleep apnea relies on the doctor’s keen awareness of related symptoms and comorbid diseases.

History of The CPAP & Sleep Apnea:

There is a very big difference between CPAP and oral device therapy, and it can be summed up in a single word: comfort. Both products allow a mild-to-moderate OSA patient to breathe while asleep. When the CPAP was first discovered as a solution for sleep apnea, the most advanced medical technique at the time was to perform a tracheotomy or cutting a hole in the neck exposing the airway. This treatment, of course, caused a lot of trouble for the people who had it performed. Constant worry that something could get into the hole in the patient’s neck and the high rate of infections and complications from surgery made this an undesirable procedure. The introduction of CPAP was a welcome sight for those who thought a tracheotomy was too risky. Unfortunately, for CPAP to work the patient needs to wear a mask while they sleep that is hooked up to a machine that pumps air into their mouth and nose. The mask is not very comfortable and the hoses and wires can be very cumbersome to manage while sleeping. The compliance rate for CPAP users, or those who are prescribed CPAP and actually use it every night, is only 50 percent. For patients who fail CPAP therapy, as well as a patient with mild-to-moderate obstructive sleep apnea, oral appliance devices are a proven treatment. If you think you may have sleep apnea, take our sleep apnea screening to determine your next steps.

What’s your next step?

Our affiliate, Awaken 2 Sleep, not only offers to ship you an at-home sleep test, but they also bill the test to your medical insurance. No need for a tiresome, away-from-home sleep study for you or your wallet. Once the results are reviewed by a Board-Certified Sleep Doctor, pending a sleep apnea is a diagnosis, we then schedule you an appointment to fabricate a custom sleep apnea oral appliance that looks like this: 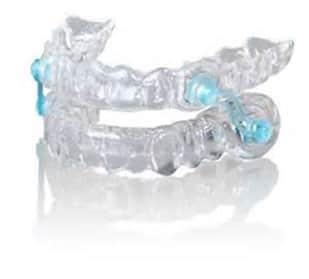 This holds the patient’s lower teeth forward, which opens up the patient’s airway better and prevents you from snoring or having sleep apneas. If you have any questions about sleep apnea in Madison AL, call us and schedule an examination with Dr. Barnett at Divine Expressions Family Dentistry. Call 256-837-1200 or click the email button above to communicate with our administration team.

We Welcome New Patients and Look Forward to Having You as Part of Our Dental Family.